WASHINGTON, D.C. – Engineering firm owners believe they are better prepared for ownership transition and management succession (OTMS) than they actually are, according to a survey by the ACEC Research Institute and FMI Capital Advisors.

“With the accelerating retirement of the Baby Boom and engineering firms’ vital need to attract younger engineers into management and ownership ranks, this study serves as both a wake-up call and a guide for firm owners,” said ACEC Research Institute Executive Director Daphne Bryant.

In the survey of 186 owners of firms, with annual revenues ranging from less than $2 million to more than $1 billion, less than two-thirds of respondents (62 percent) have an ownership plan in place and barely half (51 percent) have a clearly defined set of ownership criteria. Almost a third of firm owners responded that they do not clearly understand valuation and economic tradeoffs among the various ownership transfer options for their firm.

“Without a clear understanding of the valuation, tax and other financial implications of all available OT options, owners are less likely to optimize the benefits for all stakeholders,” said ACEC Research Institute Chair John Carrato, president and CEO of Benesch, in Chicago.

Two other key takeaways from the survey are that firm size has a significant impact on OTMS preparedness and management succession planning appears to be a blind spot for many firms. 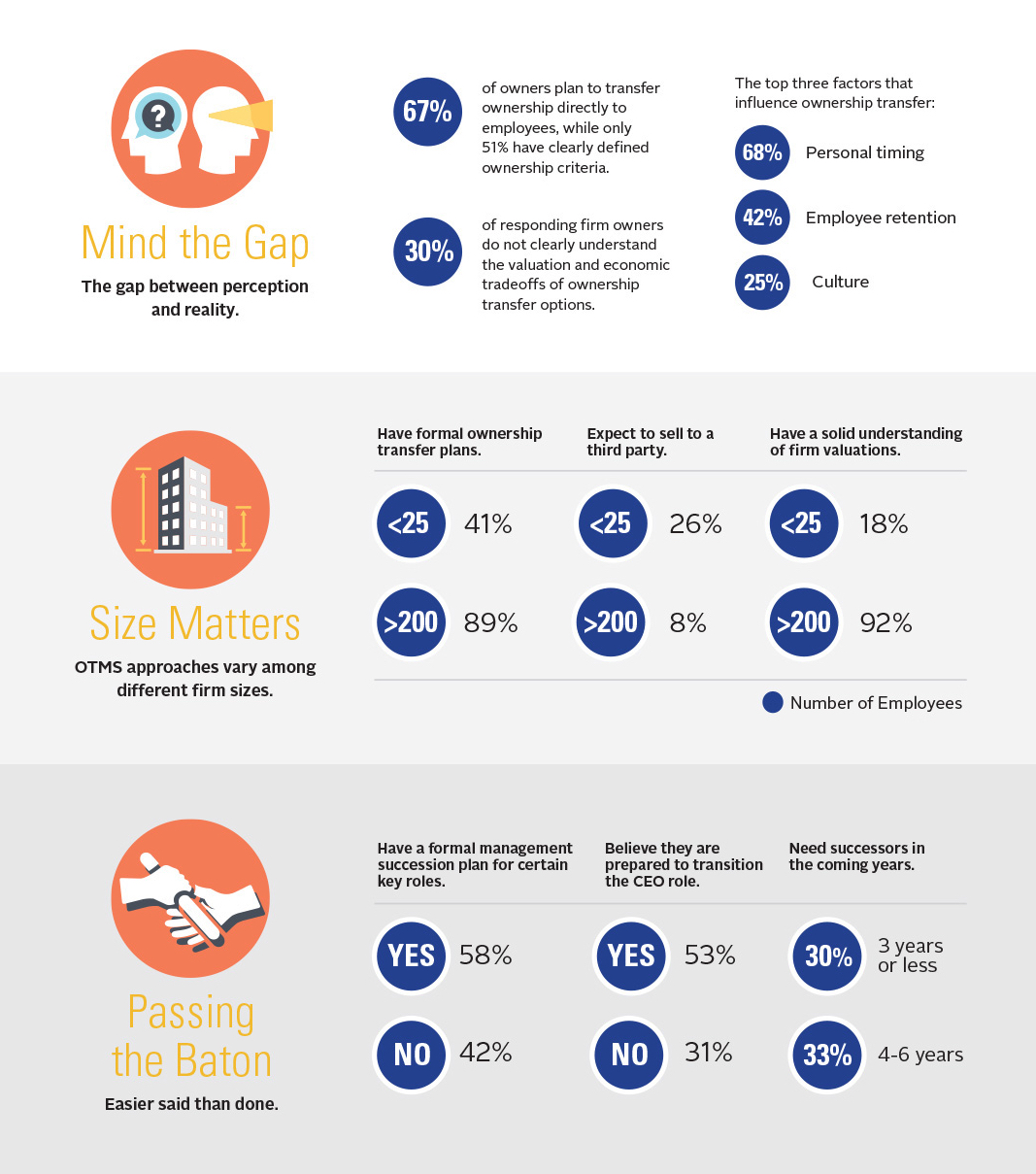 “While smaller A&E firms might not be as complex as their larger counterparts, they must also address ownership transfer and identify new leaders,” said FMI Capital Advisers Managing Director Greg Powell. “It appears, however, that smaller A&E firms have less clarity around what they want to do with the business or how they want to grow it.”

“While companies predictably prioritize management succession planning for the top of the organizational chart, said Powell, “the best-run firms also focus on developing a deep bench so they can successfully backfill at all management levels as employees move up in the ranks.”

Click here to view the executive summary of the survey.

The ACEC Research Institute is the research arm of ACEC. The Institute’s mission is to deliver knowledge and business strategies that guide and elevate the engineering industry and to be the leading source of knowledge and thought leadership for creating a more sustainable, safe, secure, and technically advanced built environment.